There is no shortage of breathtaking mountain peaks in East Tennessee! The Great Smoky Mountains National Park is home to some of the most spectacular landscapes in the Southeast. The crest of the Smokies extends in an unbroken chain of summits that rise higher than 5,000 feet for more than 36 miles. Have you ever wondered what the highest point in the Smoky Mountains is? Here are the Top Highest Points in the Smoky Mountains! 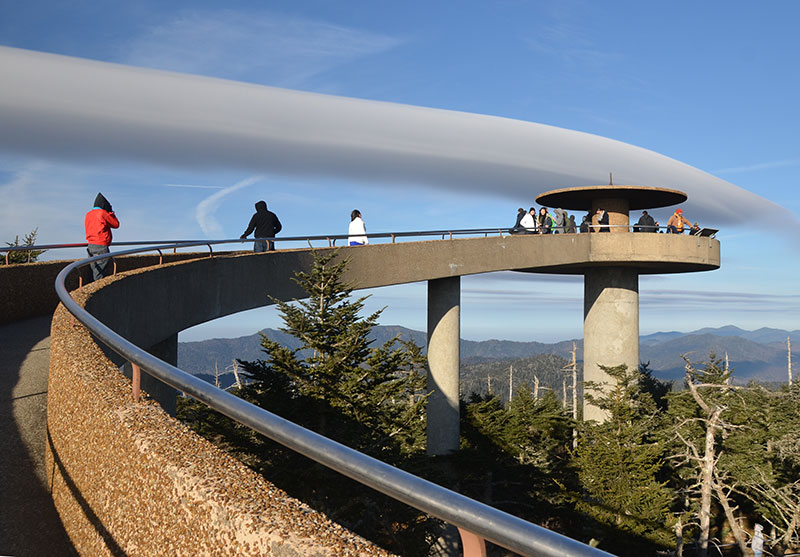 Clingmans Dome has two subpeaks: 6,560-foot Mount Buckley to the west and 6,400-foot Mount Love to the east. The headwaters of several substantial streams are located on the slopes of Clingmans Dome, namely Little River on the north slope, and Forney Creek and Noland Creek (both tributaries of the Tuckasegee River) on the south slope. The mountain is located entirely within the Tennessee River watershed. The #1 on Top Highest Points in the Smoky Mountains! 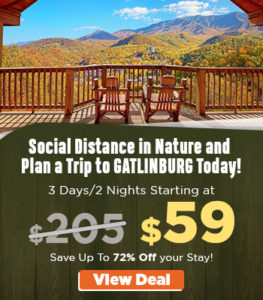 Mount Guyot is a mountain in the eastern Great Smoky Mountains, located in the southeastern United States. At 6,621 feet above sea level, Guyot is the fourth-highest summit in the eastern U.S. and the second-highest in the Great Smoky Mountains National Park. While the mountain is remote, the Appalachian Trail crosses its south slope, passing to within 1,000 feet of the summit.

Mount Guyot lies on the Tennessee-North Carolina border, between Sevier County and Haywood County. There are two peaks atop the mountain, appx. one-half mile apart, with the southwestern peak being the true summit. The mountain rises 3,600 feet (1,100 m) above its eastern base near Walnut Bottom [2] and 4,000 feet (1,200 m) above its western base near Greenbrier Cove. Ramsey Cascades, one of the park’s most spectacular waterfalls, spills down a sandstone cliff near the bottom of Guyot’s western slope.

Mount Le Conte (or LeConte) is a mountain in Sevier County, Tennessee located in the Great Smoky Mountains National Park. At 6,593 ft it is the third highest peak in the national park, behind Clingmans Dome (6,643 ft, 2,024 m) and Mount Guyot (6,621 ft, 2,018 m). It is also the highest peak that is completely within Tennessee. However, from its immediate base to its summit, Mount Le Conte is one of the highest peaks in the Appalachian Mountains rising 5,301 ft from its base, near Gatlinburg, Tennessee (1,292 ft/394 m).

The peak’s top is not thickly covered by dense forests, but enough trees are along the ridgeline to yield mostly obstructed views. Still, views do exist of the surrounding mountains and terrain. The summit area is not a well-defined peak top, and a 40-Foot Closed Contour makes the true elevation estimates range between 6560′ to 6600′ elevation. 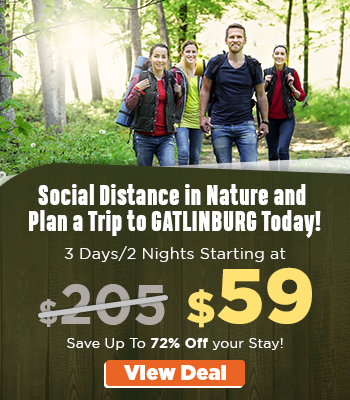 The Best 5 Gatlinburg Fudge Shops You Need to Visit

5 Tips for Spending Thanksgiving in Gatlinburg

Gatlinburg Tennessee | Everything you need to know...

Rainbow Falls Trail is Getting a Makeover

Top 6 Things to Do in Gatlinburg in...

The 2017 Synchronous Elkmont Fireflies Event in the...